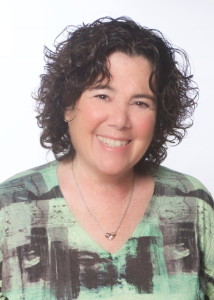 As an occupational therapist (OT), Lynda practices the art of taking seemingly overwhelming tasks and breaking them down into smaller, more manageable bite-sized pieces to make them easier to accomplish. As a social worker, Lynda empowers her clients to draw from their inner strengths to overcome adversity. As a certified aging in place specialist, Lynda excels in evaluating and understanding unique housing needs of people as they age, including home modifications, common remodeling projects, and solutions to common barriers.

Lynda Shrager is a registered Occupational Therapist (OT), holds a master’s degree in Social Work (MSW), is a Certified Aging in Place Specialist (CAPS) and has practiced in the field of geriatric rehabilitation for over 30 years.  Lynda is the only member of the National Association of Professional Organizers who specializes in organizing health information.

Through her blog on Everydayhealth.com that she wrote for nine years, Lynda is nationally recognized as “The Organized Caregiver,” and has given many interviews that have appeared in various publications.  She has also appeared on countless live radio and television talk shows across the country and Canada discussing her new book Age in Place: A Guide to Modifying, Organizing and Decluttering Mom and Dad’s Home, and the very important caregiving topic of “How to Have the Talk with Your Parents,” in a way to tactfully and successfully broach the subject of aging in place.

Lynda is the owner of At Home for Life, a business that conducts residential assessments to help seniors, as well as those with disabilities, to age in place and remain in their own homes longer, more safely, comfortably and independently. As we age it is important that we take proactive steps to facilitate making independent choices and maintain control over our lives.

Lynda has presented numerous lectures and workshops around senior health and wellness, caregiving, aging in place, organizing techniques and processes. She has served as a patient educator for Pfizer Pharmaceutical and the Capital District Physician’s Health Plan Wellness Series.

Medical advisory board of the American Cancer Society

Board of Trustees of the Make-A-Wish Foundation

Board of Trustees of Congregation Beth Emeth in Albany, NY

Daughters of Sarah Nursing Center Board of Directors

WNZK Detroit Michigan – The Brighter Side of Aging with Ike Engelbaum

2002 recipient of the Breast Cancer Awareness Award given by the Susan G. Komen Breast Cancer Foundation and BMW of North America

*Need a great resource that provides a step by step, room by room guide to modifications that can help seniors make their homes safer and easier to navigate? Order Age in Place – A Guide to Modifying, Organizing and Decluttering Mom and Dad’s Home (Keep Them Safe – Keep YOU Sane)

*Safely stay in your beloved home for as long as you desire by taking steps to ease access to all areas and prevent falls. Get an At Home For Life Assessment today!

*Lynda’s unique Focushops offers various ways to live a healthier and more organized life by helping participants to be prepared and plan ahead. Hire her today!

*Med Info To Go - A complete medical chart that fits in your wallet. Make sure important medical and potentially life-saving health information is readily accessible. Purchase one for the whole family and create peace of mind!